The North-South Corridor is identified in the following strategies as one of Adelaide’s most important transport corridors - the South Australian Planning Strategy including the 30 Year Plan for Greater Adelaide, the Strategic Infrastructure  Plan for SA and the Integrated Transport and Land Use Plan. It will be the major route for north and south bound traffic, including freight vehicles, running between Gawler and Old Noarlunga, a distance of 78 kilometres.

The $867 million Northern Connector will be a six-lane, 15.5 kilometre motorway providing a vital freight and commuter link between the Northern Expressway, South Road Superway and Port River Expressway.

This project will focus on delivering economic benefits to the local South Australian community including creating 480 full-time equivalent jobs each year during construction.

The project is opening to traffic on Saturday, 7 March 2020.

Lendlease were appointed in June 2016 to design and construct the new non-stop motorway. Once completed, the Northern Connector will link the Northern Expressway, Salisbury Highway, Port River Expressway and the South Road Superway providing an unimpeded journey from:

The motorway will serve as a new national road link to provide better connection between Adelaide, the Port of Adelaide, the northern suburbs and beyond (including the mid-north, Barossa Valley and the Riverland) and will support regional growth and economic sustainability, more efficient road travel and improved safety. 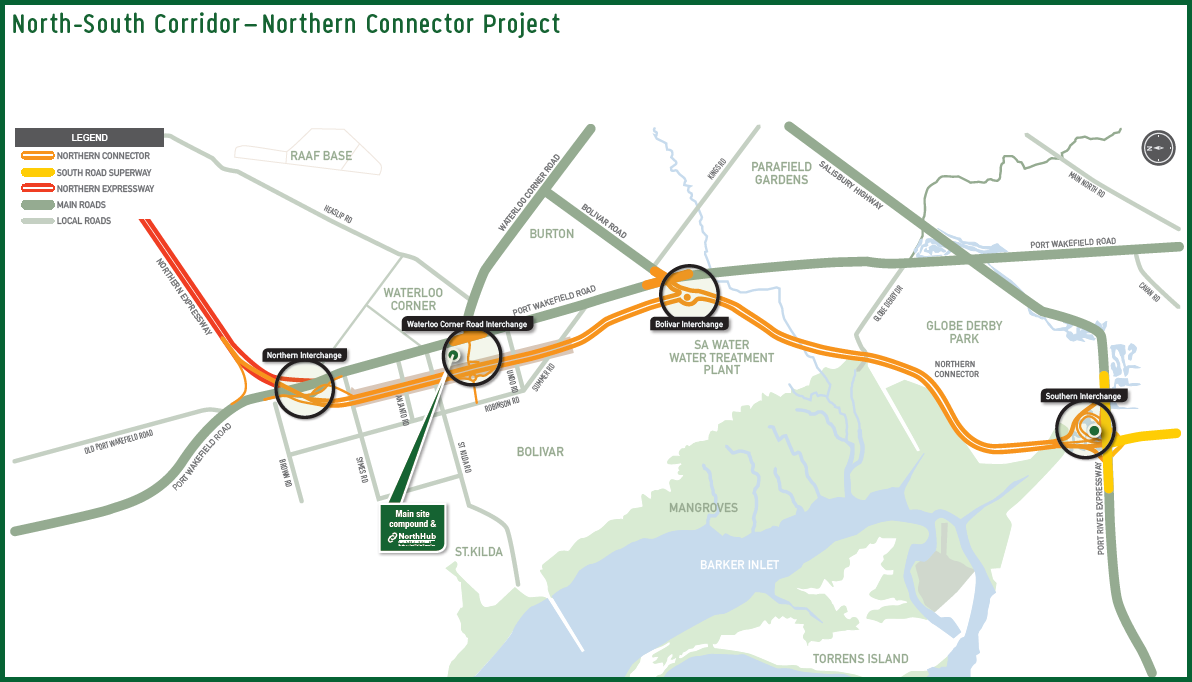